In The Beginning Was The Sea 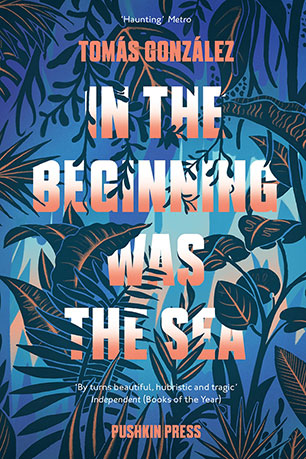 They left in search of paradise, and found themselves in hell.

The young intellectuals J. and Elena abandon the parties, the drinking and the money of the city, and start a new life on a remote tropical coast. Among mango trees, hot sands and everlasting sunshine, they plan to live the Good Life, self-sufficient and close to nature.

But with each day come small defeats and imperceptible dramas. Gradually paradise turns into hell, as brutal weather, mounting debts, the couple 's brittle relationship, and the sea itself threaten to destroy them. Based on a true story, In the Beginning Was the Sea is a dramatic and searingly ironic account of the disastrous encounter of the imagined life with reality - a satire of hippyism, ecological fantasies, and of the very idea that man can control fate.
More books by this author

Tomas Gonzalez was born in 1950 in Medellin, Colombia. He studied Philosophy before becoming a barman in a Bogota nightclub, whose owner published In the Beginning Was the Sea, his first novel, in 1983. Gonzalez has lived in Miami and New York, where he wrote much of his work while making a living as a translator. After twenty years in the US, he returned to Colombia, where he now lives. His books have been translated into six languages. In the Beginning Was the Sea is Gonzalez 's first book to be published in English.