Inside The Head Of Bruno Schulz (Pushkin Collection) 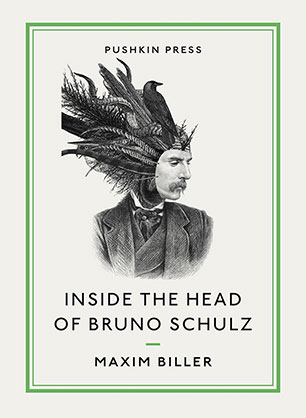 'It is now certain that the false Thomas Mann must be an agent of the Secret State Police', wrote Bruno, after he had opened his notebook again, laid it neatly on the table, and bent over it like a cat with its back arched, 'and I suspect he will not leave our town until we have all lost our wits'.

Bruno Schulz has foreseen catastrophe and is almost paralysed by fear. His last chance of survival is to leave the home town to which, despite being in his late forties, he clings as if to a comforting blanket. So he retreats into his cellar (and sometimes hides under his desk) to write a letter to Thomas Mann: appealing to the literary giant to help him find a foreign publisher, in order that the reasons to leave Drohobych will finally outweigh the reasons to stay. Evoking Bulgakov and Singer, Biller takes us on an astounding, burlesque journey into Schulz's world, which vacillates between shining dreams and unbearable nightmares - a world which, like Schulz's own stories, prophesies the apocalyptic events to come. Includes two stories by Bruno Schulz: Birds and The Cinnamon Shops from The Street of Crocodiles.
More books by this author

Maxim Biller (b. Prague, 1960) is the author of several novels, plays and collections of short stories, whose work has been compared to that of Philip Roth and Woody Allen. He is also a columnist and literary critic at the Frankfurter Allgemeine Sonntagszeitung and Die Zeit.