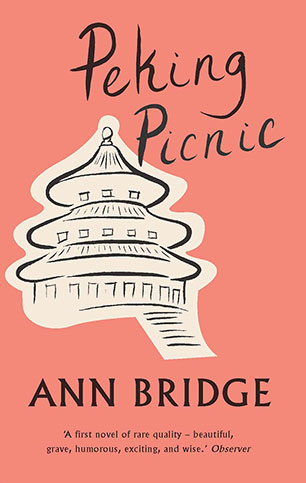 An enthralling novel that evokes a vanished era.

Peking in the 1930s - an ancient city of warlords, bordered by brutal civil war, and a place of exquisite beauty. Laura Leroy, whose marriage to a diplomat has taken her far from home, lives divided between England and the social farce of diplomatic life in Peking. When a group of expats venture out on an expedition to the great monastery at Chieh T'ai Ssu they find themselves intoxicated by the extraordinary flowering beauty of Chinese landscape in spring. Laura is drawn to Vinstead, a man who reminds her of the green fields and spires she has left behind in Oxford. But far from the pleasures of cocktails and picnic parties, they encounter a shocking clash that threatens the security of their fragile society. An enthralling novel that evokes a vanished era and the uneasy balance of living between two worlds, between east and west, and between old China and the coming of the new.
More books by this author

Ann Bridge was born Mary Dolling Sanders in 1889. The wife of a diplomat who was posted around the world, Ann Bridge came to writing relatively late. Her first novel, Peking Picnic (1932), was an immediate success and won the Atlantic Monthly Prize. She went on to have a distinguished and prolific writing career, and continued to travel the world. She died in 1974.