Record Of A Night Too Brief 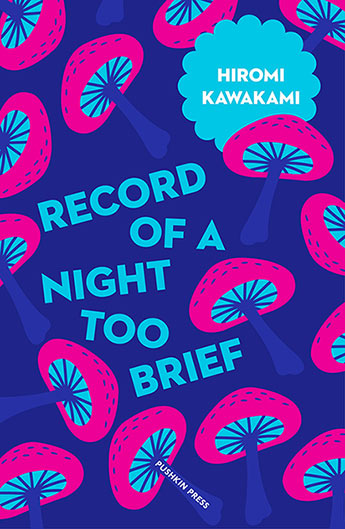 The Akutagawa Prize-winning stories from one of the most highly regarded and provocative contemporary Japanese writers.

One morning, a woman treads on a snake. She comes home that evening and realises the snake has moved into her house and is saying she is her mother... So begins the story of a woman trying to live with a snake, with herself - or perhaps with something else altogether.

This volume includes the three stories Tread on a Snake, Missing and Record of a Night Too Brief which together won the Akutagawa Prize in 1996. Filled with fantastically multicoloured images and unexplained collapses in time and place, these highly surreal, meticulously worked stories of longing and disappearance, love and loathing are the work of an enormously talented writer at the top of her game.
More books by this author

Hiromi Kawakami (b. 1958) is a Japanese writer known for her off-beat fiction. Born in Tokyo, Kawakami graduated from Ochanomizu Women's College in 1980. She made her debut as Yamada Hiromi in NW-SF No. 16 in 1980 with the story Diptera and also helped edit some early issues of NW-SF in the 1970s. She reinvented herself as a writer and wrote her first book, a collection of short stories entitled God published in 1994. She is also known as a literary critic and a provocative essayist.

Lucy North is the translator of nine stories in the collection Toddler Hunting and Other Stories by Taeko Kono. Lucy lived for 8 years in Boston and 14 years in Tokyo. She now lives and works in Hastings on the south coast of England.