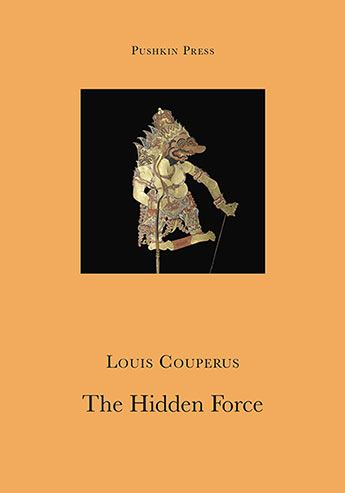 A new translation of this classic novel by one of the most renowned authors in Dutch literature.

Set in Java at the height of Dutch colonial rule in the East Indies, Couperus's evocative and sensual narrative depicts the clash between Western rationalism, represented by the district commissioner Otto van Oudijck, and ancient indigenous mystical traditions upheld by the local native prince, Sunario. The behaviour of Van Oudijck's promiscuous wife Leonie proves to be his Achilles heel, and his seemingly impregnable authority disintegrates.
More books by this author

Louis Couperus was born in The Hague in 1863. Couperus spent much of his youth in the Dutch East Indies and many of his novels and stories are set there. Couperus gained prominence in 1889 with the publication of Eline Vere-a psychological novel influenced by the style of Zola and Flaubert. Eline Vere was followed by Ecstasy in 1892, Psyche in 1898 and Inevitable in 1900; all available from Pushkin Press. A renowned wit, raconteur and commentator, Couperus continued to publish critically and commercially successful work until his death from blood poisoning in 1923.