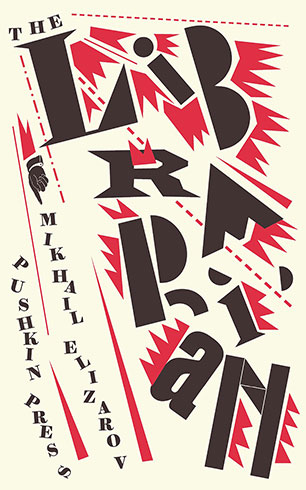 An incredibly entertaining read, full of epic video-game like battles, Russian landscapes and old babushkas who fight with scythes.

As the introduction of this book will tell you, the books by Gromov, obscure and long forgotten propaganda author of the Soviet era, have such an effect on their readers that they suddenly enjoy supernatural powers. Understandably, their readers need to keep accessing these books at all cost and gather into groups around book-bearers, or, as they're called, librarians. Alexei, until now a loser, comes to collect an uncle's inheritance and unexpectedly becomes a librarian. He tells his extraordinary, unbelievable story.
More books by this author

Mikhail Elizarov, born in 1973 in the Ukraine, studied philosophy and film direction in Kharkov and worked as a cameraman in the 1990s. He then moved to Hanover, Germany to study cinema. In 2001, his first novel Fingernails caught the attention of the media and was shortlisted for the Andrei Bely Prize and his fourth novel The Librarian was awarded the 2008 Russian Booker Prize. Mikhail Elizarov has also written short stories and essays and contributes to the Frankfurter Allgemeine Zeitung and magazines including GQ and Playboy. He currently lives in Germany.