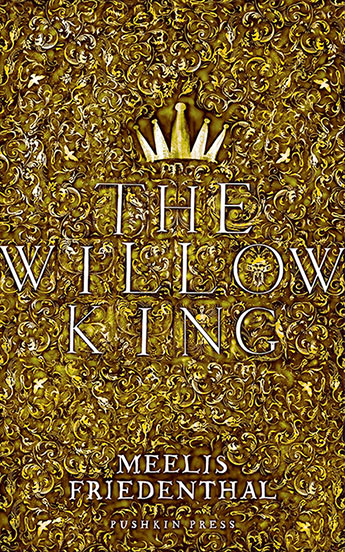 In this astonishingly atmospheric novel, Friedenthal enters the bowels of Shakespeare's century to tell the story of anguished modernity, and of the advent of the Age of Enlightenment.

Wrapped into his long coat against the incessant rain and accompanied by a strange parrot, the young Dutch student Laurentius arrives in Estonia on an icy day at the end of the seventeenth century. On the run from a dark past and suspected of heresy, he has fled to Tartu, 'The City of the Muses', to study at the famous university. Laurentius has been searching obsessively for a cure for the mysterious melancholy which torments him, and is desperate to understand where the soul comes from, and how it relates to the body.

But the more he searches, the more he is attracted to the world of instinct, superstition and magic of the peasants in the surrounding countryside. A world which he knew as a child, but which now persecutes him in dreams and visions which increasingly blur with reality.

In this astonishingly atmospheric novel, Friedenthal enters the bowels of Shakespeare's century to tell the story of anguished modernity, and of the advent of the Age of Enlightenment - while medicine is still progressing on the lines of humours, fears and alchemy, and the dark North dreams of radient antiquity, of symposia in Mediterranean gardens among the sweet hum of the bees - the birds of the muses, the souls of poets.
More books by this author

Meelis Friedenthal is a writer and academic. Born in Estonia in 1973, he specialises in intellectual history, and has taught and conducted research at the universities of Tartu and Gottingen. He has published three novels and several short stories. The Willow King is his second novel, and won the EU Prize for Literature in 2013, and he has won the Estonian Science Fiction Prize with his story Nerissa.