While The Gods Were Sleeping 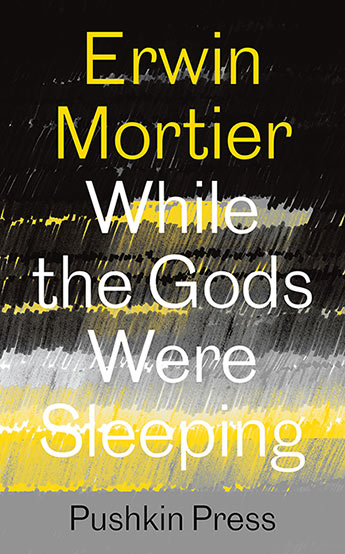 The story of the First World War told through the eyes of Helena, a young woman in love with a British soldier, who in her diaries tries to master words in order to describe the indescribable ...

'It sounds dreadful,' I said to him one day. 'But actually the war is the best thing that ever happened to me.'
Helena's mother always said she was a born poetess. It was not a compliment. Now an old woman, Helena looks back on her life and tries to capture the past, filling notebook after notebook with memories of her respectable, rigid upbringing, her unyielding mother, her loyal father, her golden-haired brother. She remembers how, at their uncle's country house in the summer of 1914, their stately bourgeois life of good manners, white linen and afternoon tea collapsed into ruins. And how, with war, came a kind of liberation amidst the mud and rubble-and the appearance of a young English photographer who transformed her existence.
Lyrical and tender, filled with images of blazing intensity, While the Gods Were Sleeping asks how it is possible to record the dislocation of war; to describe the indescribable. It is a breathtaking novel about the act of remembering, how the past seeps into our lives and how those we have lost leave their trace in the present.
More books by this author

Erwin Mortier (1965) made his mark in 1999 with his debut novel Marcel, which was awarded several prizes in Belgium and the Netherlands, and received acclaim throughout Europe. In the following years he quickly built up a reputation as of one the leading authors of his generation. His novel While the Gods were Sleeping received the AKO Literature Prize, one of the most prestigious awards in the Netherlands. His latest work, Stammered Song Book, a mother's book of hours,' a raw yet tender elegy about illness and loss, was met with unanimous praise. Mortier's evocative descriptions bring past worlds brilliantly to life.