She Who Was No More 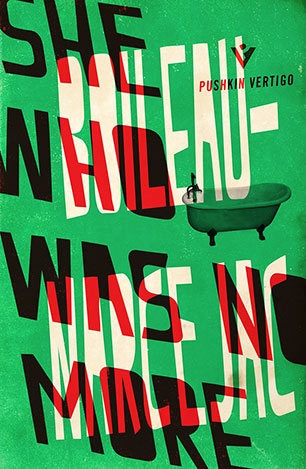 A murdered spouse returns from the dead in this classic thriller.

Every Saturday evening, travelling salesman Ferdinand Ravinel returns to his wife, Mireille, who waits patiently for him at home. But Ferdinand has another lover, Lucienne, an ambitious doctor, and together the adulterers have devised a murderous plan. Drugging Mireille, the pair drown her in a bathtub, but in the morning, before the accidental death can be discovered, the corpse is gone. So begins the unraveling of Ferdinand's plot, and his sanity.This classic of French noir fiction was adapted for the screen by Henri-Georges Clouzot as Les Diaboliques (The Devils), starring Simone Signoret and Vera Clouzot, the film which in turn inspired Alfred Hitchcock's 'Psycho'. A second movie version, 'Diabolique', followed in 1996, starring Sharon Stone.
More books by this author

Boileau-Narcejac is the nom-de-plume of Pierre Boileau (1906-89) and Thomas Narcejac (1908-98), one of France's most successful writing duos. Boileau and Narcejac both individually received the prestigious Prix du roman d'aventures before beginning a partnership that spanned four decades, from the Fifties to the Eighties, and produced more than fifty thrillers. Their works inspired numerous films, including Alfred Hitchcock's Vertigo and Henri-Georges Clouzot's Les Diaboliques, based on their 1952 debut novel She Who Was No More.