Song For An Approaching Storm 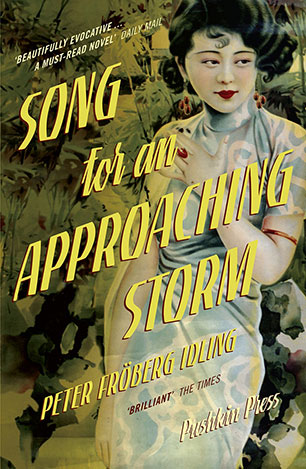 Cambodia, 1955. The country is on the brink of a major change, with the first democratic elections just around the corner. In the midst of the frenzy, we meet Sar - a quiet, likeable man in his early thirties who is campaigning for the opposition, but secretly working for an armed Communist takeover. Many years later, he will become known to the world as Pol Pot. Now, Sar is thinking about Somaly, the woman he is engaged to be married to and wants to build a life with. The outcome of the election will determine whether they have a future together. With his personal and political life at stake, Sar has everything to lose when his political rival, vice premier Sary, also notices the beautiful Somaly, and takes up the struggle for her affection. And of course Somaly - young, bored, beautiful - has an agenda of her own. Over the course of thirty days, and against the backdrop of political power games, a love triangle unfolds in the sweltering summer heat, in an atmosphere tense with ambition.
More books by this author

Peter Froberg Idling, born in 1972, is a writer and journalist. His first book, Pol Pot's Smile (2006) was a critically acclaimed work of literary non-fiction published in eight languages. He trained as a lawyer, and was working as legal advisor to an aid organization in Cambodia when the idea for his first book came about. His long anticipated first novel is also set in Cambodia, but like the debut, blurs fact and fiction in order to tell a truly remarkable story.