The Women Behind the Men Who Went to War 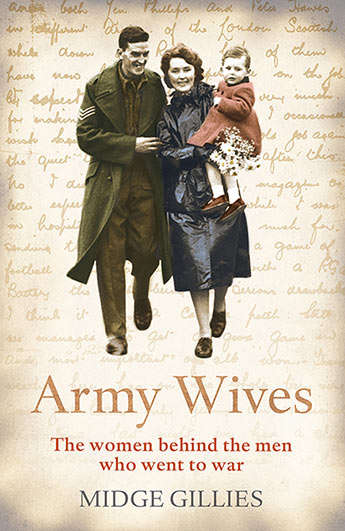 Following the lives of the women behind the men in uniform, Army Wives examines what it really means to be part of the 'army family'.

Most families have an army wife somewhere in their past. Over the centuries they have followed their men to the front, helped them keep order in far-flung parts of the empire or waited anxiously at home. Army Wives uses first hand accounts, letters and diaries to tell their story.

We meet the wives who made the arduous journey to the Crimean war and witnessed battle at close quarters. We hear the story of life in the Raj and the, often terrifying, experiences of the women who lived through its dying days. We explore the pressures of being a modern army wife - whether living in barracks or trying to maintain a normal home life outside 'the patch'.

In the twentieth century two world wars produced new generations of army wives who forged friendships that lasted into peacetime. Army Wives reveals their experience and that of a new breed of independent women who supported their men through the Cold War to the current war on terror.

Midge Gillies, author of acclaimed The Barbed-Wire University, looks at how industrial warfare means husbands can survive battle with life-changing injuries that are both mental and physical - and what that means for their family. She describes how army wives communicate with their husbands - via letters and coded messages, to more immediate, but less intimate, texts and Skype. She examines bereavement, from the seances, public memorials and deaths in a foreign field of the Great War to the modern media coverage of flag-draped coffins returning home by military plane. Above all, Army Wives examines what it really means to be part of the 'army family'.
More books by this author

MIDGE GILLIES has written six books including highly acclaimed biographies of the record-breaking pilot Amy Johnson, and Edwardian music hall star, Marie Lloyd. In Waiting for Hitler, Britain on the Brink of Invasion she recreated the tension and fear that permeated the summer of 1940. She studied at Cambridge University and has written for a wide range of publications including the Guardian, the Financial Times, the Independent and the Los Angeles Times. She is a part-time tutor for the University of Cambridge's Institute of Continuing Education.

Her father was a prisoner of war in Europe and she is married to the prize-winning crime novelist, Jim Kelly. They live in Cambridgeshire with their daughter, Rosa.