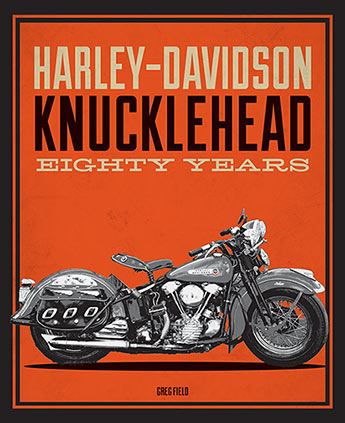 Harley-Davidson Knucklehead: 80 Years celebrates the anniversary of the innovative engine that changed the world of motorcycles.

Celebrate the 80th anniversary of the engine that changed the motorcycle world.

Motorcycle technology lagged far behind automotive technology since the earliest days of the internal-combustion engine. All that changed in 1936 when Harley-Davidson introduced the Model EL. For the first time ever, a company was manufacturing a high- performance overhead-valve engine for the masses.

And what an engine it was; in addition to bringing state-of-the-art technology to the motorcycling world, the engine itself was a work of art. Because of the shape of its rocker covers, the engine was given a nickname to match its looks: the Knucklehead. The technology used in this engine was so advanced that it laid the foundation for every future Harley-Davidson motorcycle, including the current models built in the 21st century. To this day every cruiser style motorcycle still adheres to the shape of that original Knucklehead.

Harley-Davidson Knucklehead: 80 Years tells the entire Knucklehead story, from the very first overhead-valve V-twin Harley produced for the public through the post-war models, continuing right up until today, when aftermarket manufacturers reproduce complete Knucklehead crate engines because of its continuing popularity.
More books by this author