In Search Of Lost Books 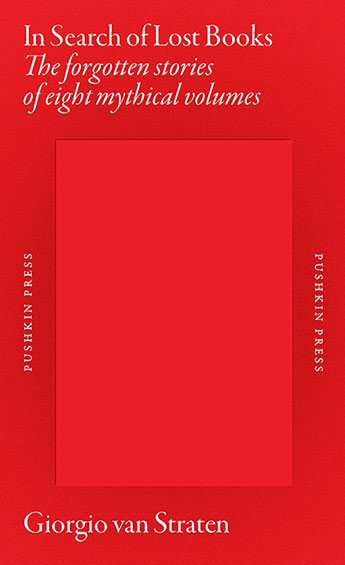 Whatever happened to the books that once existed and can no longer be found? Not the forgotten books, or those dreamed up by the author yet never written, but books that were completed, even read, before being destroyed or vanishing into thin air.

These are the mythical books that were burnt, torn, stolen, or simply disappeared, but which certainly existed. In this elegiac and gripping volume, Giorgio van Straten is by turns detective and spy, traveller and scholar, as he sifts through clues, pursues leads, and interviews experts to discover the stories of these eight lost tomes, and their authors. His pursuit takes him around the world, and across decades, to discover serendipitous encounters and unexpected connections. From Byron's England to Sylvia Plath's, and on to France in the 1920s and Hemingway, across Gogol's Russia and from there to the Spanish frontier where Walter Benjamin tried to flee his destiny, from Nazi-occupied Poland where Bruno Schulz was killed in an argument between German officers and finally to a remote village in Canada where Malcolm Lowry took refuge ...

Giorgio van Straten is director of the Italian Cultural Institute of New York and one of the editors of the literature review Nuovi Argomenti. He is the author of several novels, including the prize-winning A Living Memory, along with two collections of short stories. He has translated the works of authors such as Kipling, London and Stevenson and has edited several works of non-fiction.