The Cars and Bikes of a Hollywood Icon 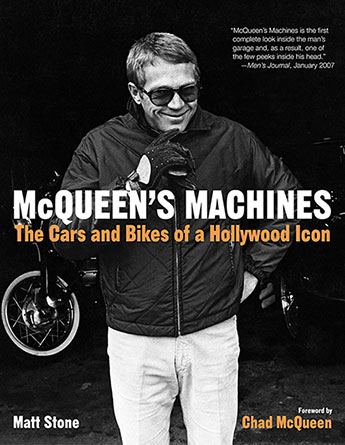 Download cover
No other Hollywood star has been so closely linked with cars and bikes, from the 1968 Ford Mustang GT Fastback he drove in Bullitt (in the greatest car chase of all time) to the Triumph motorcycle of The Great Escape. McQueen’s Machines gives readers a close-up look at the cars and motorcycles McQueen drove in movies, those he owned, and others he raced. With a foreword by Steve’s son, Chad McQueen, and a wealth of details about of the star’s racing career, stunt work, and car and motorcycle collecting, McQueen’s Machines draws a fascinating picture of one outsized man’s driving passion. Now in paperback.
More books by this author