Gypsy Joker to a Hells Angel 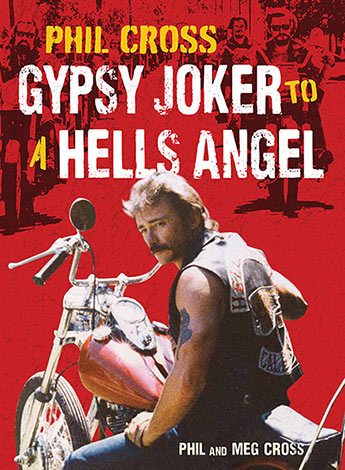 Download cover
Availability: Not available to order from this website, please try another retailer
Phil's new book Gypsy Joker To A Hells Angel is based on 44 years as a Hells Angel. Photos & stories are a must read for all motorcycle riders - Sonny Barger

In the early 1960s, a young Navy vet, motorcyclist, amateur photographer, and rebel named Phil Cross joined a motorcycle club called the Hells Angels. It turned out to be a bogus chapter of the club that would soon find infamy, so he switched to another club called the Night Riders. Like the bogus chapter of the Hells Angels, this turned out to be a club whose brotherhood was run by a man Mr. Cross describes as “a complete asshole.” One day, Mr. Cross stuffed the leader in a ringer-type washing machine and joined a club called the Gypsy Jokers. He started a San Jose chapter of the Jokers and embarked on the most action-packed years of his life. The Jokers were in the midst of a shooting war with the real Hells Angels. The fighting became so intense that the Jokers posted snipers atop their clubhouse. This was a rough time, but it was also the height of the free-love hippie era, and as a young man, Phil enjoyed himself to the fullest. He never let anything as minor as a little jail time stop his fun. Once, while serving time for fighting and fleeing an officer, Phil broke out of jail, entered his bike in a bike show, won the bike show, and broke back into jail before anyone discovered he was missing. Though Phil was tough—he was a certififed martial arts instructor—the Angels proved a tough foe. After multiple beating-induced emergency room visits, Mr. Cross decided that if you can’t beat ’em, join ’em, so he and most of his club brothers patched over to become the San Jose chapter of the Hells Angels. This book chronicles the life and wild times of Mr. Cross in words and photos.
More books by this author