Riding on the Edge 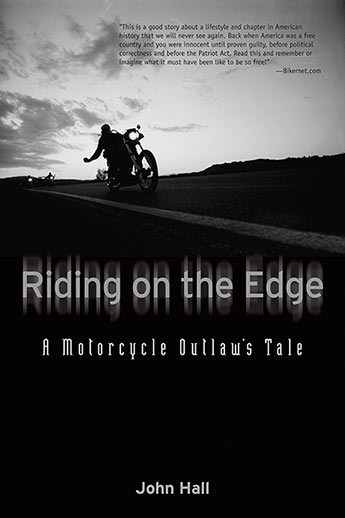 Download cover
Availability: Not available to order from this website, please try another retailer
Ride with author John Hall into the turbulent world of 1960s bike club culture, from his beginnings at an upstart motorcycle club to his rise to the Long Island chapter president of the Pagans, a club that the FBI called “the most violent criminal organization in America.” Follow him into the Pagan heartland of Pennsylvania where he fell in love, got in a roadhouse brawl over a honky-tonk angel, and eventually went to jail for “takin’ care a club business.” Now after a career as a journalist and college professor, he returns to the violent days of his youth and smashes up stereotypes like he once smashed up bars, resurrecting long-dead brothers in a style reminiscent of Jack Kerouac and Mark Twain. Hall presents them as they really were: hard living, hard loving, hard drinking, hard fighting rebels, but also hardworking, patriotic, loyal, and lovable characters. Outlaws, yes, but outlaws as American as apple pie.
More books by this author

A former chapter president of the Long Island Pagans, John Hall has done time in the state pen, as well as Penn State, where he taught history, American studies, rhetoric, and mathematics. He also worked as bouncer, bartender, bookmaker, stonemason, professional gambler, law clerk, and freelance journalist. He has written over 400 syndicated opinion columns, which have appeared in over a dozen newspapers, including the Houston Post and Pittsburgh Post-Gazette. He currently lives in the Appalachian Mountains.