The story you must understand to make sense of modern America 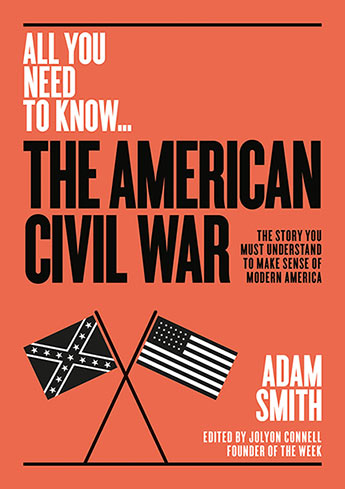 The American civil war is the great American story. In this vivid but concise account, Adam Smith shows how everything about modern America can be traced back to those brutal battles 150 years ago.

The war in North America between 1861 and 1865 cost around three quarters of a million lives. Few societies in world history have lost a higher percentage of their military-aged men in battle than did the white South. Unsurprisingly, its scars lie deep on the American soul - especially so in the former Confederacy. Yet the war's historical significance is based on more than just the scale of the violence. It is the great American story. “I am large, I contain multitudes,” wrote Walt Whitman, the great poet of American democracy, but the war through which he lived, nursing devastatingly injured soldiers, contains even more “multitudes” than him. It is a story that can be told in a million different voices; it contains heroism and cowardice, craven injustice and heart-warming redemption; above all, it is the great American story because it seems to matter so much. It was “the crossroads of our being”, in the words of one popular historian. One of the world's leading experts on the period, Dr Adam Smith, tells the story of a war which is vital to any understanding of the great struggles and big historical forces that have shaped the modern world. And he looks at the great issues of the war: the morality of slavery, the leadership of Abraham Lincoln, the importance of freedom. If the Civil War is the crossroads of America's being, it is also, in a different sense, one of the major crossroads over which the world has travelled in its journey to the present.
More books by this author More books in this series

Adam Smith, a senior lecturer in history at University College London, is an expert on mid 19th century America. A regular contributor to the BBC, History Today and The Times Literary Supplement, he has written two books on the American civil war and a short biography on Abraham Lincoln. Before joining UCL, he was a Junior Research Fellow at Sidney Sussex College, Cambridge, a Visiting Fellow at Harvard and a visiting professor at the University of Pennsylvania.