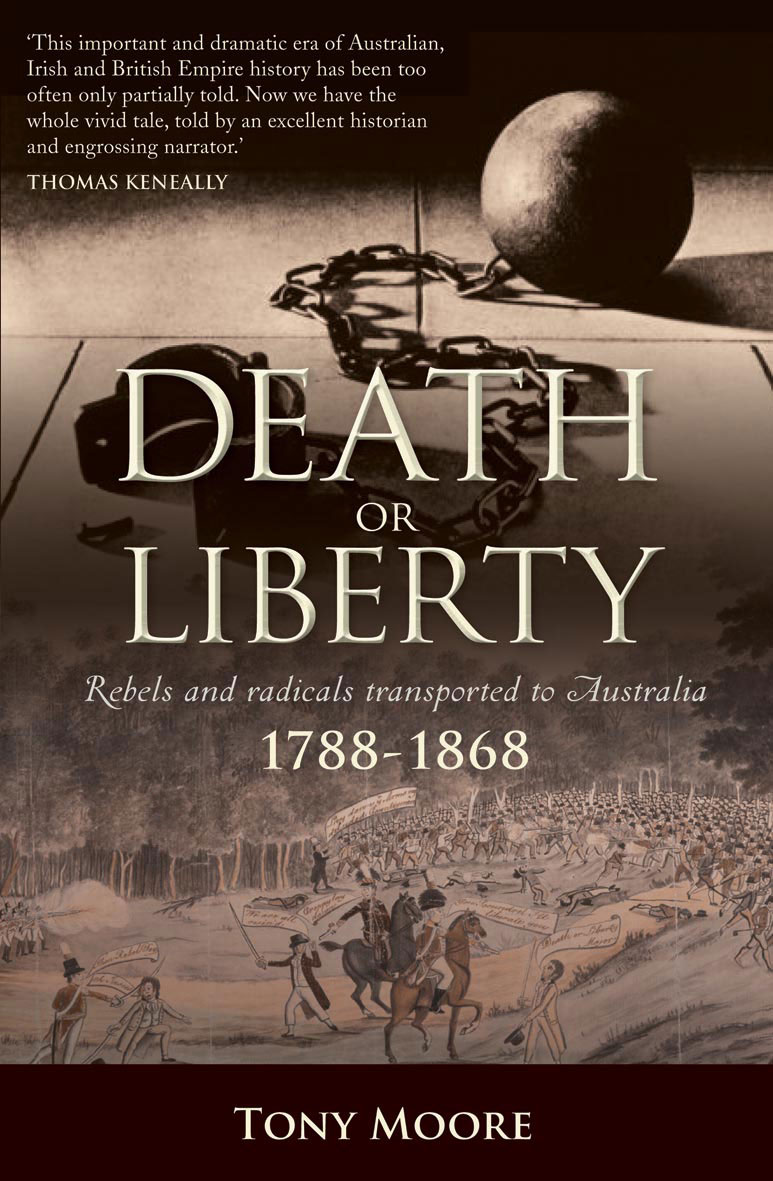 This is the first narrative history that brings together the stories of the political prisoners sent as convicts to Australia from all parts of the British Empire.

In the late eighteenth and nineteenth centuries the British Government banished their political enemies - viewed with the same alarm as today's 'terrorists' - to the shores of Australia. Sent as convicts to the other side of the world, these political prisoners included liberals, democrats and republicans; machine breakers, food rioters, trade unionists and Chartists; radical journalists and intellectuals; Irish revolutionaries, Scottish Jacobins, and Canadian and even American insurgents. Criminals and traitors in the eyes of the law, many of these transported political prisoners were heroes and martyrs to their own communities, and are still revered in their homelands as freedom fighters and patriots, progressive thinkers and crusading reformers. Yet in Australia, memory of these rebels and their causes has dimmed.

In Death or Liberty historian Tony Moore brings new life to their stories and restores them to their rightful place in Australian and world history.

'This important and dramatic era of Australian, Irish and British Empire history has been too often only partially told. Now we have the whole vivid tale, told by an excellent historian and engrossing narrator. Here we become fascinated by the lives of patriots and prisoners, and prisoners, and of those who try to contain and punish them-all in terms which light up the past and have an unexpected relevance to the present.' - Thomas Keneally

'In Death or Liberty Tony Moore has uncovered Australia's forgotten history as an instrument of state terror used against political radicals. Told with passionate verve, this is a tale full of dramatic incident, tragic loss, hair-breadth escapes, and the triumph of new ideas. Moore has returned Australia to its rightful place in the global battle over what it means to be free.' - Associate Professor Kirsten McKenzie, University of Sydney

''Death or Liberty!' was the call to arms of many of the agitators and rebels whom Britain banished to Australia. Tony Moore has woven their stories together as one-an eloquent and committed narrative.' - Dr Peter Cochrane, author of Colonial Ambition
More books by this author

Dr Tony Moore is a writer, historian and academic based in Melbourne. He has a PhD in Australian history from the University of Sydney and is a senior lecturer at and Director of the National Centre for Australian Studies, Monash University. Tony's career has spanned political activism, documentary making at the ABC, journalism and book publishing. He was commissioning editor of the 'Australian Encounters' book series for Cambridge University Press and has authored two books: The Barry McKenzie Movies, (2005) and Dancing with Empty Pockets (2012).

Watch the film trailer for Death or Liberty