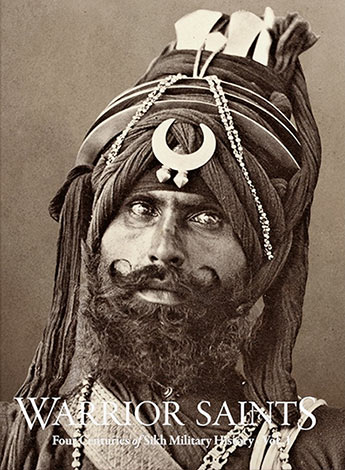 When savages rule, the ordinary man breaks the shackles of tradition to be reborn as protector.

A sweeping history chronicling the emergence of one of the world's most remarkable warrior cultures, and its clash with the British Empire in the 19th century. Richly illustrated with many unpublished photographs and intriguing testimonies from friend and foe alike.
This first of two volumes explores the martyrdoms and conflicts that gave rise to a unique warrior culture steeped in the teachings of the 16th-century mystic poet, Guru Nanak. He was the first of ten Sikh spiritual masters hailing from Punjab, a region that straddles modern day North India and Pakistan. It was on his odysseys across Asia, and in his homeland of Punjab, that Guru Nanak spoke out fearlessly against the oppression and hypocrisy that he witnessed. Imbibing his concept of righteous opposition to tyranny, his Sikh followers would go on to change the course of world history. When the Mughal Empire began persecuting the Sikhs in the 1600s, this community of peaceful devotees was forced to take up arms or face extinction. This volume tells the compelling story of how they fought back to establish a powerful modern-day empire stretching from the borders of Tibet to Afghanistan across the plains of Punjab. The Sikhs' army became one of the most powerful Asia had ever seen but their growing ambition to extend their boundaries in the 19th century brought them into conflict with a rival foreign power, the British East India Company. The story of the Sikhs under the British Raj and in modern India is told in Volume 2.
More books by this author

Amandeep Singh Madra and Parmjit Singh are independent historians and curators who co-founded the UK Punjab Heritage Association (ukpha.org), a charity dedicated to promoting Punjab's rich cultural heritage.They have co-authored several highly acclaimed books on Sikh history and are leading global players in showcasing the culture, history, art and heritage of the Sikhs and Punjab. They have lectured extensively on the subject as well as having contributed to several television documentaries, radio programmes, exhibitions and publications. Most recently they curated two major exhibitions at the Brunei Gallery, SOAS, London, covering the Golden Temple of Amritsar and Sikhs in World War One.They continue to work as special consultants for various organisations including the BBC, The Discovery Channel, Victoria & Albert Museum, British Museum, British Library and Wallace Collection.