Home>Browse>Books>Humour, gift books & stationery>1001 Beers You Must Try Before You Die

1001 Beers You Must Try Before You Die 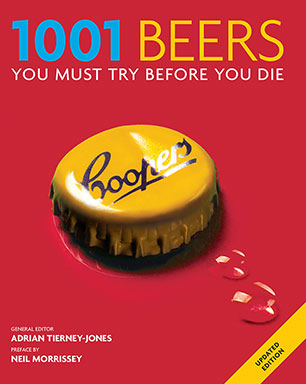 A comprehensive, fully illustrated guide to the best beers in the world.

A comprehensive guide to the very best beers in the world, this book includes incisive entries that provide information on each beer's region of origin, style, flavour, and how it is made and served, together with entertaining anecdotes about the breweries. Illustrated with more that 800 photographs of the beers, their labels, and their breweries, this is the only guide to beers you will ever need.
More books by this author

General Editor Adrian Tierney-Jones is an award-winning journalist whose work has appeared in numerous newspapers and magazines, including the Daily Telegraph and Beers of the World. He has written several books on beer and is online at maltworms.blogspot.com. He won the Silver Award for National Journalism in 2006 and 2008 for the British Guild of Beer Writers.