The 50 most thought-provoking religious beliefs, each explained in half a minute 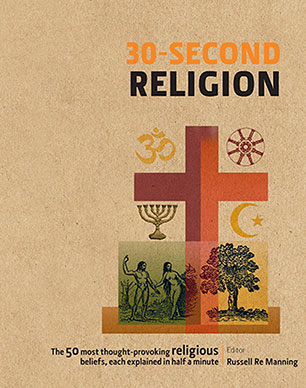 The perfect introduction to the main beliefs and history of the major religions from around the world.

30-Second Religion decants and demystifies the key beliefs, deities, origins, and iconography of the world's major religions, denominations, and less widespread sects and cults. Whether you wish to understand the key differences between Catholicism and Protestantism, to glimpse the many gods of Hinduism, or to digest a potted Buddhist philosophy, this book is the quickest way to walk the paths and recognise the key signposts of the world's diverse and fascinating faiths. Travelling from Buddhism to Zoroastrianism, and including features on the seven key religious texts, 30-Second Religion offers a revelation of 50 belief systems in less time than it takes to offer up a prayer.
More books by this author

Russell Re Manning is lecturer in the Philosophy of Religion at St. Edmund's College, University of Cambridge. His published works include The Oxford Handbook of Natural Theology.