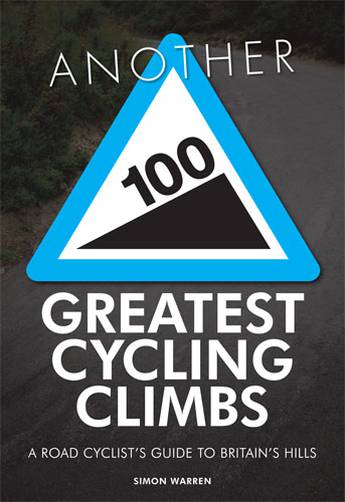 Download cover
Availability: Not available to order from this website, please try another retailer
Longer! Higher! Steeper! The sequel to the bestselling 100 Greatest Cycling Climbs is packed with another century of stunning ascents. Ticking all the same boxes as the original 100 climbs you'll find inside killer hills from the tip of Cornwall to the Highlands of Scotland via East Anglia and the Isle of Man. Roads such as Asterton Bank, Gospel Pass, Millook, and the mighty Great Dun Fell. So just when you thought it was safe to go back to riding on the flat, here come another 100 Climbs. Enjoy.
More books by this author

SIMON WARREN has been obsessed with cycling since the summer of 1989 after watching Greg Lemond battle Laurent Fignon in the Tour de France. A few weeks later he rode his first race, a 10 mile time trial on the A1 from Newark to Grantham and back. Although not having what it took to beat the best he found his forte was racing up hills and so began his fascination with steep roads. His quest to discover Britain's greatest climbs resulted in the bestselling 100 Greatest Cycling Climbs, followed by Another 100 Greatest Cycling Climbs and Hellingen: A Road Cyclist's Guide to Belgium's Greatest Cycling Climbs. Simon works during the day as a magazine art editor and lives in Walthamstow, east London with his wife and two children.