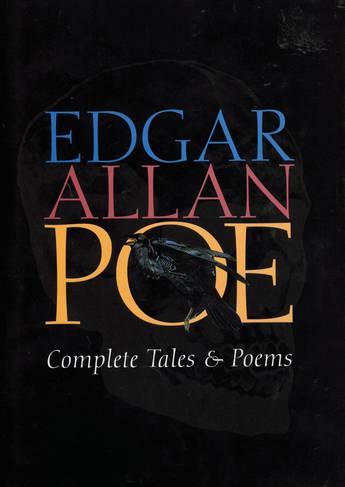 Download cover
Availability: Not Yet Published
In Edgar Allan Poe: Complete Tales and Poems fans may indulge in all of Poe's most imaginative short-stories, including The Fall of the House of Usher, The Murders in RueMorgue, The Tell-Tale Heart, Ligeia and Ms. In a Bottle. His complete early and miscellaneous poetic masterpieces are here also, including The Raven, Ulalume, Annabel Lee, Tamerlane, as well as select reviews and narratives.
More books by this author

Edgar Allan Poe (1809-1849) is one of America's greatest and best-loved writers. Known as the father of the detective story, Poe is perhaps most famous for his short stories -particularly his shrewd mysteries and chilling, often grotesque tales of horror - he was also an extremely accomplished poet and a tough literary critic. Poe's life was not far removed from the drama of his fiction. Orphaned at a young age, he was raised by a foster family. As a young man, he developed problems with gambling, debts, and alcohol, and was even dismissed from the army. His love life was marked by tragedy and heartbreak. Despite these difficulties, Poe produced many works now considered essential to the American literary canon.