The Iconic Filmmaker and his Work 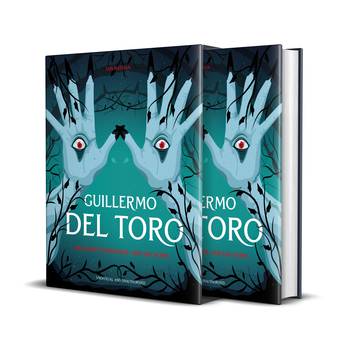 An engaging and in-depth examination of the work of Guillermo Del Toro, one of the most revered directors working in modern cinema.

Loaded with rich imagery and a chapter dedicated to each of his films - including Oscar winners Pan's Labyrinth and The Shape of Water alongside blockbuster hits such as Hellboy and Pacific Rim - discover how the strands of del Toro's career have woven together to create one of modern cinema's most cherished filmmakers. Widely regarded as one of the most imaginative directors working in cinema today, Guillermo del Toro has built up a body of work that has blown movie fans away with its dark beauty and edge-of-the-seat set pieces.

Here, acclaimed film journalist Ian Nathan charts the progression of a career that has produced some of contemporary cinema's most revered scenes and idiosyncratic characters. It's an enlightening look into the mind of an auteur blessed with a singular creative vision, which analyses the processes, themes, and narratives that have come to be recognised as distinctly del Toro.
More books by this author More books in this series

Ian Nathan, who lives and works in London, is one of the UK's best-known film writers. He is the author of nine previous books, including Alien Vault, the best-selling history of Ridley Scott's masterpiece, Terminator Vault, Tarantino, Tim Burton, The Coen Brothers and Anything You Can Imagine: Peter Jackson and the Making of Middle-earth. He is the former editor and executive editor of Empire, the world's biggest movie magazine, where he remains a contributing editor. He also regularly contributes to The Times, The Independent, The Mail on Sunday, Cahiers Du Cinema and the Discovering Film documentary series on Sky Arts.