Ivan Lendl- The Man Who Made Murray 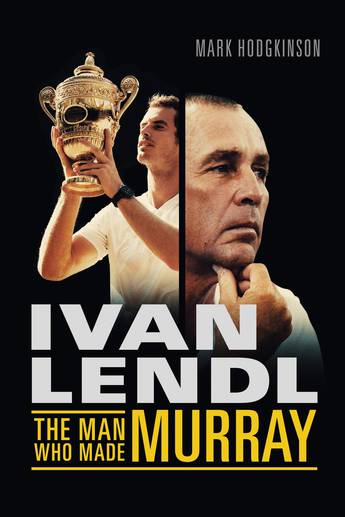 Download cover
Availability: Not available to order from this website, please try another retailer
When Andy Murray broke the news in March 2014 that he was parting company with Ivan Lendl it caused shock waves across the world. In just over two years Lendl had turned Murray from a perennial runner-up into the most successful British tennis player since Fred Perry - a winner of the US Open, Olympic Gold and Wimbledon Champion. However, when Murray - a 4 times Grand Slam finalist - announced, in 2011, that he was teaming up with the man they called the 'chokoslovakian' for the number of times he had lost a Slam final, there was widespread consensus that whoever had made the decision was either a genius or taking a huge gamble. Lendl, who had fled from behind the Iron Curtain at the height of the Cold War to move to America in order to pursue his tennis dreams, was everything that his contemporaries McEnroe, Becker, Connors were not. And yet, after falling at the final hurdle 4 times, he went on to win 8 Grand Slams. But there was one title missing Wimbledon. And he was obsessed by it. So what did Lendl and Murray see in each other that no one else did? What did Lendl do to turn Murray from a perennial runner-up to US Open Champion and the first Briton to lift the Wimbledon trophy in 77 years? Going back to Lendl's roots and through extensive interviews and analysis of the Murray-Lendl axis seen at close quarters, Mark Hodgkinson reveals the magic formula that Lendl used to turn Murray into a champion. In so doing he lifts the lid on their relationship, and how it came to an end, which made this left-field combination the most successful in British tennis history.
More books by this author

MARK HODGKINSON is the founder and editor of thetennisspace.com, and is the former tennis correspondent for the Daily Telegraph. He is also the author of Andy Murray, Wimbledon Champion﻿.