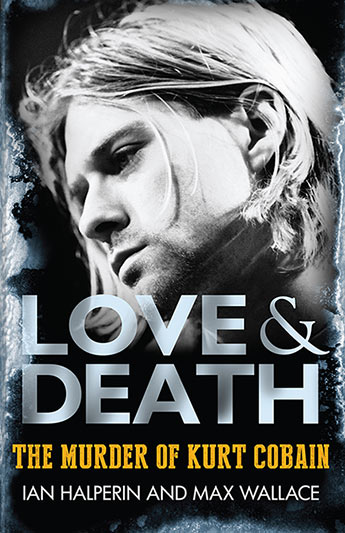 His death, which placed him in the infamous '27 Club', continues to fascinate and doubts over how he died show no signs of receding

On Friday, April 8th, 1994 the body of Nirvana frontman Kurt Cobain was discovered in a room above his garage in Seattle. The police declared it an open-and-shut case of suicide, but this book, drawing on forensic evidence and police reports, explodes the myth that Cobain took his own life and reveals the official scenario was scientifically impossible. Love & Death paints a critical portrait of Courtney Love - suspected of knowing the whereabouts of Cobain in the days prior to his death, and that he was planning to divorce her - and it reveals the case tapes made by Love's own PI, Tom Grant; a man on a mission to find the truth about Kurt Cobain's demise after becoming suspicious of Courtney's actions and the rushed police investigation. In addition, Cobain's grandfather goes public, charging that his grandson was murdered.
More books by this author

Both Ian Halperin and Max Wallace are former winners of the Rolling Stone Magazine Award for Investigative Journalism. Both worked as consultants for Nick Broomfield's BBC documentary, Kurt & Courtney. The author of five books, Halperin's Bad and Beautiful was the bestselling undercover expose of the fashion industry. Max Wallace has appeared as a guest columnist for the Sunday New York Times, contributed to the BBC, appeared on the Today Show and CNN and is an award-winning documentary film-maker.