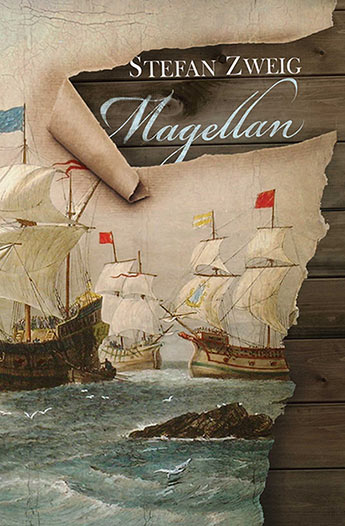 The Portuguese explorer Ferdinand Magellan (1480-1521) is one of the most famous navigators in history - he was the first man to sail from the Atlantic to the Pacific Ocean, and led the first voyage to circumnavigate the globe, although he was killed en route in a battle in the Philippines.
In this biography, Zweig brings to life the Age of Discovery by telling the tale of one of the era's most daring adventurers. In typically flowing and elegant prose he takes us on a fascinating journey of discovery ourselves.

Stefan Zweig was born in 1881 in Vienna, a member of a wealthy Austrian-Jewish family. He studied in Berlin and Vienna and was first known as a translator and later as a biographer. Zweig travelled widely, living in Salzburg between the wars, and enjoying literary fame. His stories and novellas were collected in 1934. In the same year, with the rise of Nazism, he briefly moved to London, taking British citizenship. After a short period in New York, he settled in Brazil where in 1942 he and his wife were found dead in bed in an apparent double suicide.