Stories from the Billabong 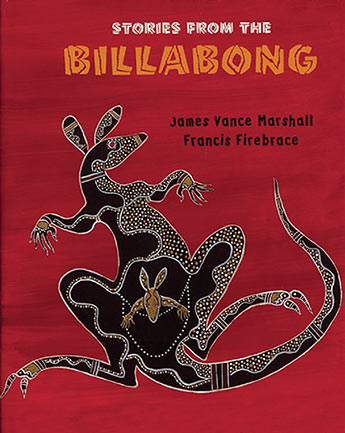 From the author of Walkabout come ten of Australia's ancient aboriginal legends, authentically and elegantly retold.

Ten of Australia's ancient aboriginal legends, authentically and elegantly retold and illustrated by one of the most well-known artists working in the tradition. Discover how Great Mother Snake created and peopled the world with plants and creatures, what makes Frogs croak, why Kangaroo has a pouch, and just what it is that makes Platypus so special in this impressive collection of illustrated aboriginal legends.

With stunning vibrant artwork from aboriginal artist and storyteller Francis Firebrace, whose distinctive, colourful work is known throughout Australia and beyond.
More books by this author

Francis Firebrace is a 'Wirrigan man', a name given to a wise Aboriginal elder whose songs, including traditional didgeridoo, retell the old stories and speak of freeing the spirit. He is one of Australia's foremost Aboriginal storytellers who has been 'yarning' since he can't remember when and performing at schools, festivals and theatres. He is also a highly respected artist whose works have been displayed throughout the world. He paints in the four colours his people (the Yorta Yorta) have used since the beginning of time: black from fire coals, white from pipe clay, red and yellow from ground ochre, and he mixes these with acrylic to achieve his own distinctive, contemporary effect.

James Vance Marshall is also published under the names Ian Cameron and Donald Payne. His most famous book, Walkabout, was first published as The Children, and was later made into a movie by the director Nicholas Roeg. His other books include A River Ran Out of Eden , The Lost Ones (dramatised by Disney as The Island at the Top of the World ) and White-Out.