The Allure Of Chanel (Illustrated) 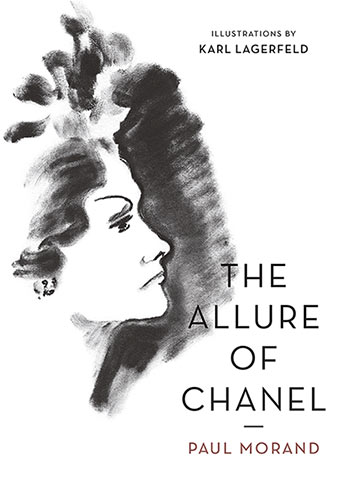 Describes the fashion designer's philosophy of fashion, her friendships, and successes throughout her career, as told to the author during a visit in St. Moritz during World War II.

'Chanel is France's greatest figure... the most impetuous, the most brilliantly insufferable woman there ever was.' Paul Morand

Paul Morand's last book, one of the most appealing of his oeuvre, brings together around the figure of Chanel, portraits of Misia Sert, Erik Satie, Serge Lifar, Georges Auric, Raymond Radiguet, Jean Cocteau, Picasso and Churchill, among others.
Based on a series of intimate conversations between Morand and Coco Chanel, written in the great storyteller's marvellous prose, this book artfully sketches the character of the elusive, mysterious and charming creature who inspired Malraux to say: Chanel, De Gaulle and Picasso are the greatest figures of our times.

Hailed on its publication in 1976 as a great celebration of a book, a finely cut, sparkling gem, The Allure of Chanel attracted the attention of Karl Lagerfeld, who embellished it with seventy-three drawings, sketched for this special illustrated edition.
More books by this author

Paul Morand was born in Paris in 1888 and after studying at the Ecole des Science Politiques he joined the diplomatic corps, serving in London, Rome, Berne and Bucharest. His first collection of stories Tender Shoots (1921), was introduced by his friend Marcel Proust. In a long and busy life, he found time to write poetry, novels, short stories and travel books. Morand was made a member of the Academie Francaise in 1963. He was married to the Romanian princess Helene Soutzo, and he died in 1976 the year the first edition of The Allure of Chanel was published in Paris.