The Dragons, the Giant, the Women

A memoir of family, war and peace 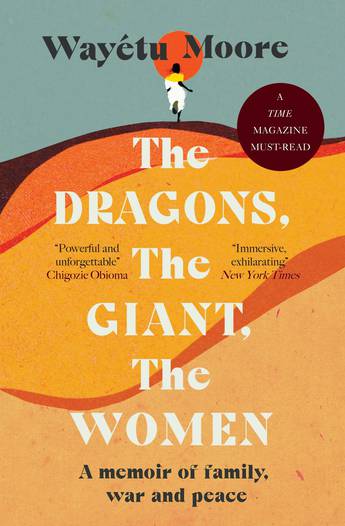 A powerful and poignant memoir of survival and resistance by the critically acclaimed author of She Would Be King, about her family's dramatic escape from the Liberian Civil War, and how they were eventually reunited.

When Wayetu Moore turns five years old, her father and grandmother throw her a party at home in, Liberia. Yet all she can think about is how much she misses her mother, studying in faraway New York.

Then war breaks out in Liberia. The family is forced to flee on foot, until a remarkable rescue by a rebel soldier.

But even in the relative safety of her adopted home, America, Moore finds herself - as a Black woman and immigrant - in a new kind of danger. Will she forever be that girl still running?
More books by this author

Wayetu Moore is the founder of One Moore Book, an advocacy organization which encourages reading among children of countries with low literacy rates. She is a graduate of Howard University, Columbia University and the University of Southern California. Her debut novel, She Would Be King, described as "a modern epic", has been translated into multiple languages, and is also published by ONE. She lives in New York.