The Telegraph Book of the Olympics 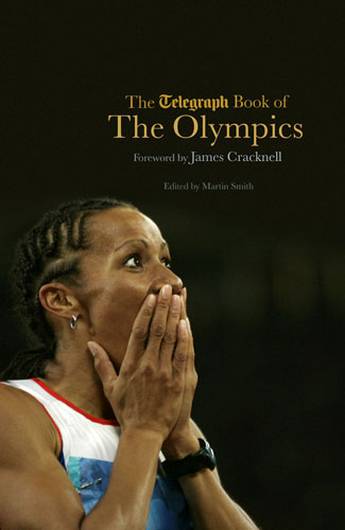 Download cover
Availability: Not available to order from this website, please try another retailer
For the record-breaking third time London will be hosting the Olympic Games in 2012. From the inception of Baron Pierre de Courbetin's crusade to revive the Games of the ancient Greeks, in the 1890s, through the triumphs and disasters of twenty-nine Olympiads, The Daily Telegraph has been there to provide eye-witness accounts of the greatest sporting moments in history with characteristic authority. This comprehensive and colourful review of the summer Olympics takes you back to 1908, the first time London held the Games, with Dorando Pietri's infamous disqualification in the marathon. Then to Fanny Blankers-Koen and Emil Zatopek lifeting the War-scarred capital in the Austerity Games of 1948. With more recent record-breaking moments from the Olympics of Sydney, Athens and Beijing, this is the perfect scene-setter for the Games' return to London. From Sebastian Coe and Steve Ovett to Jesse Owens and Carl Lewis, Kelly Holmes, Steve Redgrave, Ian Thorpe and Daley Thompson, the tears and the glory of all the heroes and villains from 116 years of Olympic history are collected here in this wonderful anthology of the greatest show on earth.
More books by this author

Martin Smith was assistant sports editor of the Telegraph for many years. He has edited previous Telegraph anthologies for Aurum on the Tour de France, Formula One, Wimbledon, horse racing and cricket letters. He lives in Bedfordshire.