The The Hurt Business 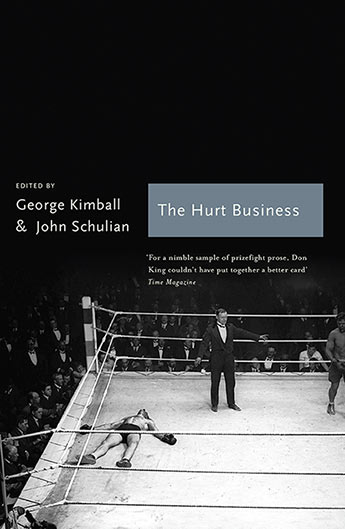 Download cover
Availability: Not available to order from this website, please try another retailer
From Jack London to Joyce Carol Oates, The Hurt Business is the ultimate boxing book covering a century of the greatest fighter and the writers who have followed 'the sweet science'. Beginning with Jack London's account of the 1910 championship bout between Jack Johnson and James Jeffries (for which the Call of the Wildman called for and coined the term The Great White Hope), and ending with Carlo Rotella's 2002 homage to Larry Holmes (Champion at Twilight), The Hurt Business is a near century's worth of rip-roaring reveal. Some of it comes ringside, like Norman Mailer et; some of it comes from the gym, like Pete Hamill's Up the Stairs with Cus D'Amato; and some of it comes from so far behind the scenes you feel as if you've been eavesdropping - Thomas Hauser's excerpt from The Black Lights. For fans of Norman Mailer's The Fight or George Kimball's Four Kings: Leonard, Hagler, Hearns, Duran and the Last Great Era of Boxing, The Hurt Business belongs on the shelves of any fan of boxing or sublime sports writing.
More books by this author

GEORGE KIMBALL is the acclaimed author of Four Kings: Leonard, Hagler, Hearns and Duran and the Last Great Era of Boxing JOHN SCHULIAN is the author of Writers' Fighters and Other Sweet Scientists. Both are recipients of the Nat Fleischer Award for Excellence in Boxing Journalism