The World Of Yesterday 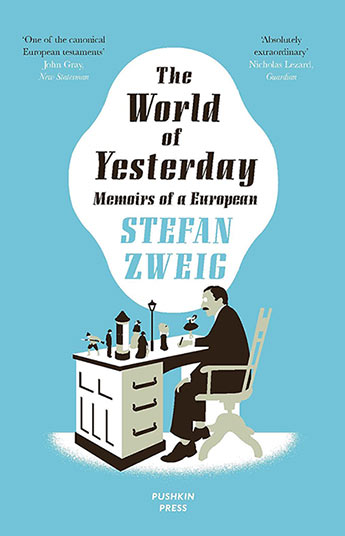 A truthful and passionate account of the golden age of literary Vienna; its seeming permanence, its promise, and its devastating fall.

Austrian writer Stefan Zweig's final work, posted to his publisher the day before his tragic death, brings the destruction of a war-torn Europe vividly to life. Written as both a recollection of the past, and as a warning for future generations, The World of Yesterday recalls the golden age of literary Vienna; its seeming permanence, its promise, and its devastating fall. A truthful and passionate account of the horror that tore apart European culture, The World of Yesterday gives us insight into the history of a world brutally destroyed, written by a master at the height of his literary talent.

Stefan Zweig was born in 1881 in Vienna, a member of a wealthy Austrian-Jewish family. He studied in Berlin and Vienna and was first known as a translator and later as a biographer. Zweig travelled widely, living in Salzburg between the wars, and enjoying literary fame. His stories and novellas were collected in 1934. In the same year, with the rise of Nazism, he briefly moved to london, taking British citizenship. After a short period in New York, he settled in Brazil where in 1942 he and his wife were found dead in bed in an apparent double suicide.